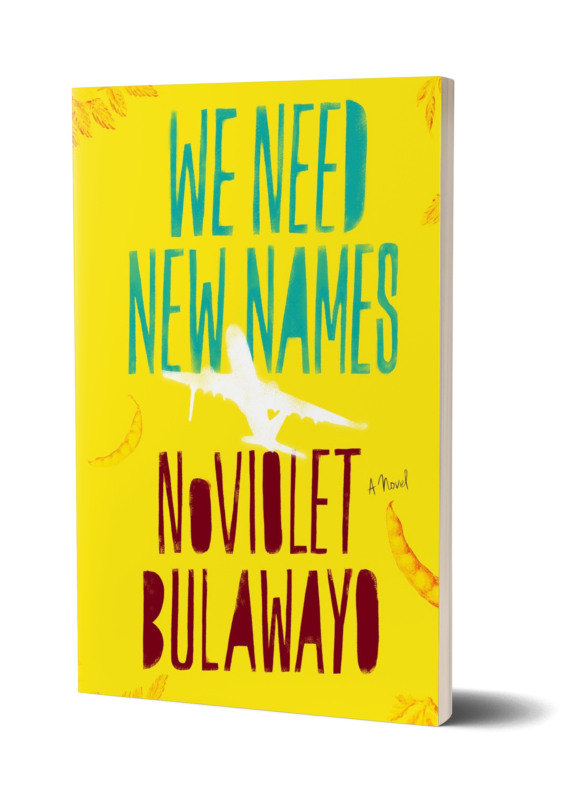 Ten-year-old Darling and her friends navigate their shantytown with the exuberance and mischievous spirit of children everywhere. But they are shadowed by memories of Before. Before their homes were destroyed by paramilitary policemen, before the schools closed, before their fathers left for dangerous jobs abroad.

Order Now!
About the Book

Ten-year-old Darling and her friends navigate their shantytown with the exuberance and mischievous spirit of children everywhere. But they are shadowed by memories of Before. Before their homes were destroyed by paramilitary policemen, before the schools closed, before their fathers left for dangerous jobs abroad. When Darling escapes to suburban America, she finds that—far from the comforts of her childhood community—America’s abundance is hard to reach, and she reckons alone with the sacrifices and mixed rewards of assimilating.

Channeling the rhythm and vibrancy of the storytellers who raised her in Zimbabwe, Bulawayo tells a potent story of displacement and arrival, at once disarmingly playful and devastatingly candid, with a power all its own.

“A deeply felt and fiercely written debut novel … The voice Ms. Bulawayo has fashioned for [Darling] is utterly distinctive – by turns unsparing and lyrical, unsentimental and poetic, spiky and meditative.” — Michiko Kakutani, The New York Times

“This debut calls to mind the great storytellers of displacement and arrival who have come before her [NoViolet Bulawayo] –from Zadie Smith to Monica Ali to J.M. Coetzee–while she tells a vivid, raw story all her own.  She is an amazing talent to keep an eye on.”

“An exquisite and powerful first novel, filled with an equal measure of beauty and horror and laughter and pain. The lives (and names) of these characters will linger in your mind, and heart, long after you’re done reading the book. NoViolet Bulawayo is definitely a writer to watch.” -Edwidge Danticat, award-winning author of Brother, I’m Dying and Breath, Eyes, Memory

“Ms. Bulawayo’s artistry is such that we can’t help but see ourselves in that wider world … Darling is a dazzling life force with a rich, inventive language all her own, funny and perceptive but still very much a child … It would be hard to overstate the freshness of Ms. Bulawayo’s language, with words put together in utterly surprising ways that communicate precisely.” —Judy Wertheimer, The Pittsburgh Post-Gazette

“NoViolet Bulawayo is a powerful, authentic, nihilistic voice – feral, feisty, funny – from the new Zimbabwean generation that has inherited Robert Mugabe’s dystopia.” -Peter Godwin, betselling author of The Fear and When a Crocodile Eats the Sun

“We Need New Names” is a vibrant first novel, and though deeply rooted in the particulars of Darling’s story, tells a story that will resonate far more widely. The Christian Science Monitor

“Nearly as incisive about the American immigrant experience as it is about the failings of Mugabe’s regime [in Zimbabwe].” — National Public Radio

“NoViolet Bulawayo has created a world that lives and breathes – and fights, kicks, screams, and scratches, too. She has clothed it in words and given it a voice at once dissonant and melodic, utterly distinct.” -Aminatta Forna, author of The Memory of Love and Ancestor Stones

“Bulawayo mixes imagination and reality, combining an intuitive attention to detail with startling, visceral imagery … This book is a provocative, haunting debut from an author to watch.” – Elle

“Writing with poignant clarity and hard-hitting imagery, Bulawayo delivers this first work as an offering of hope.” —The New York Daily News

“We also need new words to describe the dazzling patchwork of scenes that make up this novel … Turning deftly from hilarity to horror and back again, Bulawayo has written an absolute original–more rule-breaking and true to life that anything I’ve read in years.”

“Bulawayo, whose prose is warm and clear and unfussy, maintains Darling’s singular voice throughout, even as her heroine struggles to find her footing. Her hard, funny first novel is a triumph.” — Entertainment Weekly

“Fans of Junot Díaz, who, as fiction editor of Boston Review, published NoViolet Bulawayo’s early work, will love her debut novel, We Need New Names …Bulawayo’s use of contemporary culture … as well as her fearless defense of the immigrant experience through honoring the cadence of spoken language, sets this book apart-on the top shelf.” — Kristy Davis, Oprah.com

“How does a writer tell the story of a traumatised nation without being unremittingly bleak? NoViolet Bulawayo manages it by forming a cast of characters so delightful and joyous that the reader is seduced by their antics at the same time as finding out about the country’s troubles.” — Leyla Sanai, The Independent

“A brilliantly poignant tale of what it is to be an outsider in a strange land” Glamour Magazine.

Disclosure of Material Connection: Some of the links in the page above are "affiliate links." This means if you click on the link and purchase the item, I will receive an affiliate commission. I am disclosing this in accordance with the Federal Trade Commission's 16 CFR, Part 255: "Guides Concerning the Use of Endorsements and Testimonials in Advertising."